The book Fearless Genius by Douglas Menuez is a photographic essay on the “digital revolution” that was taking place in Silicon Valley, the area of California some 50 miles south of San Francisco that is home to some of the worlds most successful technology companies, during the period 1985 to 2000.

The book has a Foreword by the Magnum photographer Elliott Erwitt  who says of Menuez:

“How does one photograph genius? How does one visually communicate the creation and dynamics of world-altering concepts and somehow give insights into the personality of the men and women responsible, the people who essentially just sit and think and in doing so profoundly change our lives? The answer is, call on Doug Menuez.”

In 1985 Menuez managed to convince Steve Jobs, who had just been ousted from Apple, to follow him and his team as he embarked on his new venture to build the NeXT computer. In the way Tracy Kidder documented the birth of a new machine in his book The Soul of a New Machine, Menuez was there at Apple following Jobs and his NeXT machine from conception to product launch. Through a series of sometimes grainy black and white photographs (we are talking mainly inside shots in ambient light with high speed black and white film here) Menuez has managed to capture the spirit and substance of innovation through the world’s top technology (and marketing) guru.

Jobs granted Menuez unprecedented access to him and his team, and what Menuez thought would last only three years soon became fifteen. Once the Silicon Valley digerati heard that Jobs had granted Doug complete access, they all did and over a period of 15 years, Menuez photographed behind the scenes with a number of Silicon Valley luminaries from companies like Adobe, Sun Microsystems, Intel, Netscape as well as Apple and many more.

Menuez was privileged to be witness to the early stages of what we now know was a revolution that has literally changed the way the world works. Fearless Genius has captured many of the people instrumental in leading that revolution, in 100 amazing photographs, that he uniquely had access to. He has captured in this book “the human face of innovation and what it takes to transform the power of ideas into reality”.

Here are a few images from the book, all are used with permission of the photographer and are copyright Doug Menuez 1985 – 2000. 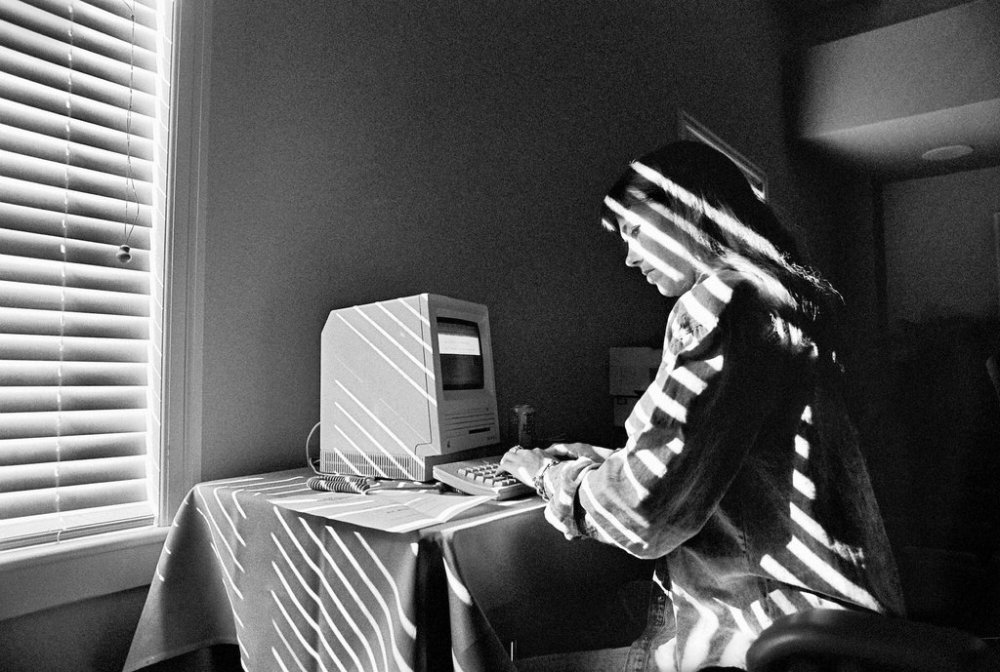 “Sunlight” – A young NeXT employee hidden from the California sun working on the task in hand.

“The Day Ross Perot Gave Steve Jobs $20 Million” – Ross Perot and the NeXT board directors in an empty warehouse that was planned to be the NeXT factory.

“Steve Jobs Returning from a Visit to the New Factory” – Although Steve could be extremely rude, critical and even vindictive he was also incredibly joyful.

Reading this book is particularly fascinating for me. Not only was I working and living in Silicon Valley from 1985-87 (actually only a few blocks from Apple’s headquarters in Cupertino) but it also nicely brings together three of my passions: computers, photography and the story that is the rise, fall and rise again of Steve Jobs and Apple. Looking back I can’t believe how lucky I was to be working in that particular part of the world at that time in history when, as Kurt Andersen says in his introduction to the book, “the future was being invented by twenty-eight-year-olds staring at screens and pecking at keyboards”.

You can get more details and buy the book at fearlessgenius.org where Doug also has a short video discussing his project to discover the next fearless genius.

One Reply to “Fearless Genius”