How I Use Social Media for Photography

One of the things I want to do in 2016 is get a bit more organised with how I use social media for my photography. My approach up until now has, I feel, been a bit ad hoc and scattergun in terms of how and where I post stuff. I decided therefore to step back and take a more holistic view of the who social media scene and decide where and how I want to focus my photographic attention. I’d appreciate any comments here, especially sharing how you use various social media outlets, why you have chosen one source over another and what you have found to work best for you?

Clearly the choices for where and how to display your photographs are huge. Over the past 2-3 years I’ve tried many different sites, stayed with some and rejected others. There are, I’m sure, a huge number I’ve not tried or even heard of. Here are some websites I have dabbled with:

One of these sites tends to be the ‘go to’ place for any professional or amateur photographer – not only for displaying images but also discussing photography in groups as well as finding work. That site is Facebook of course. I have documented elsewhere my distaste for Facebook and stopped using it around a year ago. Facebook also strips all EXIF data from an image when uploading it supposedly to maintain users privacy but at the same time removing copyright information. It’s also why I have never even tried Instagram which although, surprisingly, still runs as a separate platform is owned by Mark Zuckerbergs’s empire. I realise this maybe cutting off the nose to spite the face but for now it’s a decision I am happy with and don’t intend to go back on any time soon.

So, what websites and tools do I use?

The sites I use mainly at present are:

So those are the sites I currently use most often. In order to link all these together and avoid cutting and pasting I link everything together using IFTTT.

IFTTT (if this then that) is a great tool for automating workflow between sites. It allows you to set up rules (which it calls recipes) such that when you perform an action on one site (like uploading an image to Flickr for example) it will trigger an action that does something on another site (like post a link to the image on Twitter). You can either create your own recipes or use ones created by others.

Some sites provide their own functions for doing this. WordPress allows you to post links to other social media sites when you make a new blog post. I like the fact you can keep all your rules together on IFTTT however. There is similar tool to IFTTT called Zapier which I’ve not tried. 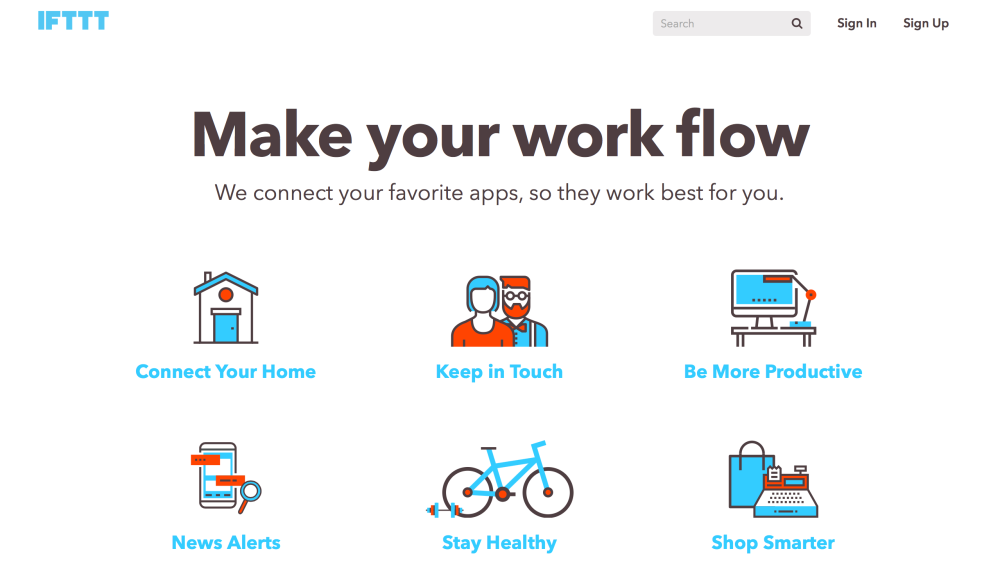 Here are the recipes I currently use on IFTTT:

When using social media there has to be a balance between jumping between too many sites and diluting your message (as well as spending far too much time doing it) and missing out because you are not on the hot new site where everyone is heading. There are a couple of sites I’d like to spend a bit more time with this year.

Ello bills itself as an alternative to Facebook. It says it is never going to accept advertising which raises the question of how it will make money and how long it can keep going. I’m just dabbling with Ello at present and there are quite a few things I don’t like. It’s UI is a bit quirky to say the least (but is improving) and its typography leaves a lot to be desired in my view.

Medium is another blogging platform which has some good and interesting content though is very US based. I plan to joint post some articles between WordPress and Medium this year to see what response I get.

Stellar is a mobile app that allows you to create stories using text, images and video to show your work in a slightly different way. I plan to try creating a few photo essays with this.

Other than that my plan is to focus on the sites I’ve described above and try and create a bit more content, both written and image.

One Reply to “How I Use Social Media for Photography”