Shooting Linzi with One Light

I have photographed Linzi on a number of occasions; she being one of the first people to trust that I would get some half decent images of her even though I was just setting out in portrait photography and had no portfolio to speak of.

This time around Linzi wanted some beauty/fitness images. As the studio we had booked had no flash (but is nonetheless a great place to shoot in) this gave me the chance to use my newly acquired Elinchrom Rotalux Octagonal softbox. I’ve used Elinchrom flash for a while now and heard good things about this particular softbox, the main one being its ability to provide a nice diffuse light. I have the 135cm model which is about as big as you would want if you are travelling with your equipment. I use it on an Elinchrom D-Lite RX 4. To keep things simple I wanted to use a single light, with reflector where needed to add a bit more fill.

The great thing about the Elinchrom Rotalux softbox is it provides three levels of diffusion: an outer and inner diffuser as well as a deflector (a round disk of translucent plastic which slots in over the flash light). This, coupled with its size and internal sliver reflecting surface, creates a great source of round and edgy light which isn’t possible with an umbrella or square softbox. As with any softbox, the larger it is, and the closer it is to your subject, the softer the light will be.

For my first set I wanted a classic beauty type image so placed the Rotalux high and directly above Linzi pointing down. I used a small reflector to bounce some light back up under her chin to avoid ugly shadows. Here’s the setup that achieves the image at the start of this post. Linzi was sitting on the stool you can see in the image. 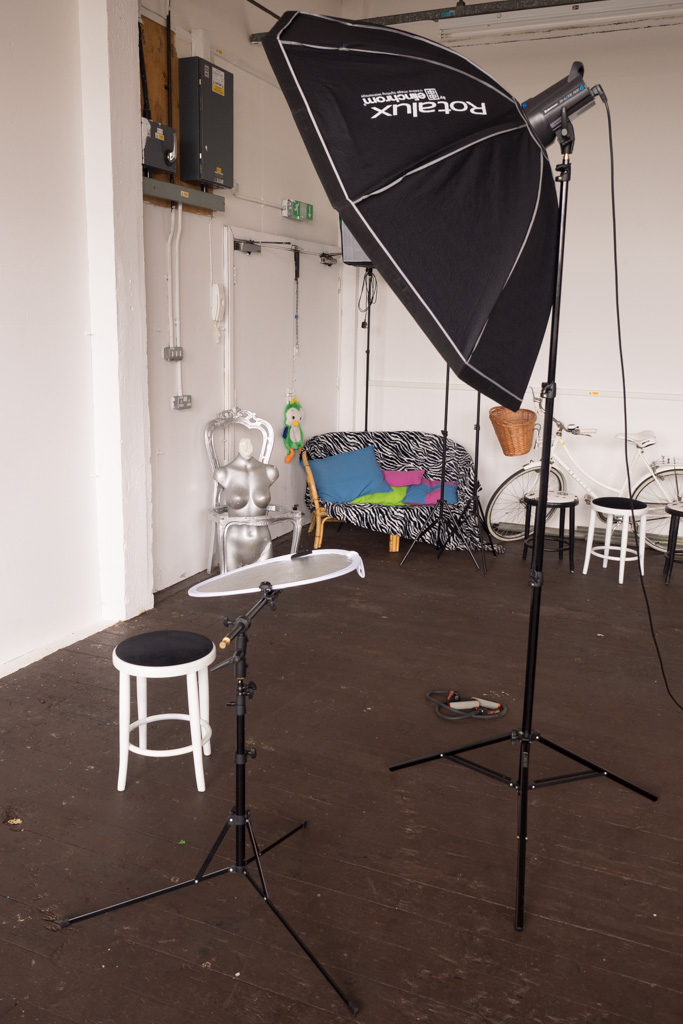 Next I got Linzi sitting in a chair, ditched the reflector and moved the light slightly to her left, still high and pointing down which is what you would expect from an ambient light source. The coverage of the 135cm Rotalux is pretty good I think and more than adequate for a sitting model. 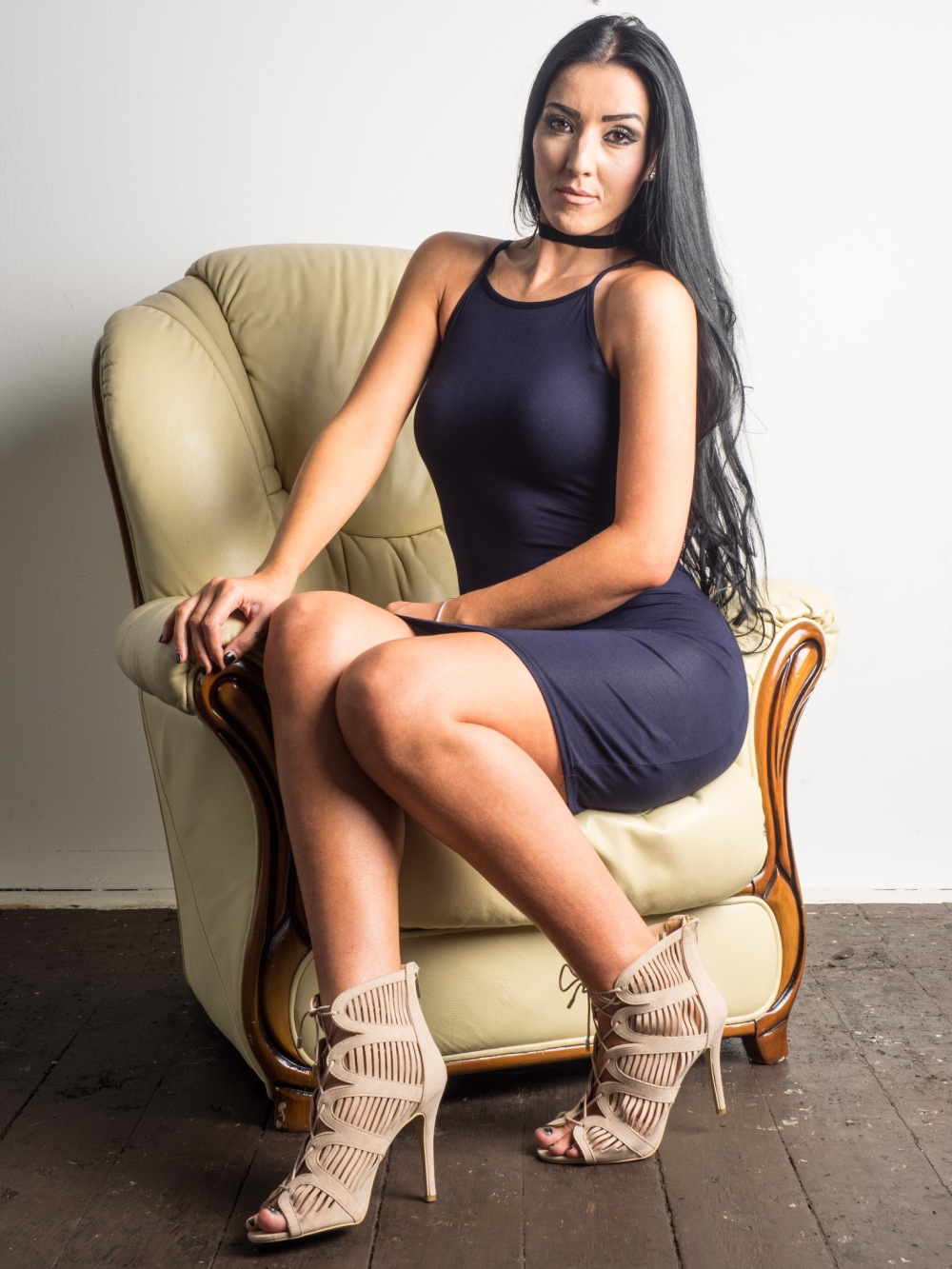 For the final set we moved to a corner of the studio where there is a platform made up of wooden pallets. Here the Rotalux was again high and pointing down and moved appropriately to wrap the light around Linzi as much as possible and avoid any background shadows. For some of these shots I needed to do a bit of post processing in Photoshop to remove small amounts of background shadow but on the whole the Rotalux was perfectly adequate in providing all the light I needed.

One Reply to “Shooting Linzi with One Light”